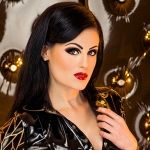 Report from a loyal subject

It was some time ago that I was with Lady Blackdiamoond for the first time and now I would like to look back at my experiences.  I have noticed Lady Blackdiamoond in several advertisements through her pictures, which exude an extraordinary presence and dominance.  After a while I found the courage to contact her on her homepage.  Due to their very friendly, pleasant and yet certain nature, I lost some of my insecurity and we made an appointment for an hour in Nuremberg.  The day before the meeting, Lady Blackdiamoond wrote to me that I should bring her something for breakfast, which was a little unsettling due to the early appointment and the longer journey, but also appealed to me as a servant.  Unfortunately my arrival was delayed due to a traffic jam, which I informed her by SMS, to which she reacted absolutely confidently and calmly, which further took away my uncertainty.

When I saw Lady Blackdiamoond personally and gave her flowers and champagne to greet her, I was completely overwhelmed by her beauty and presence.  First she made it clear that I had to address her with "you" and "Mistress", which I liked very much because it strengthened my position towards her.  The session was discussed calmly and I was allowed to freshen up in the bathroom.

After she picked me up from the bathroom, as agreed, I was allowed to devote myself to her really beautiful feet as a foot fetishist, while she consumed part of the breakfast I had brought with me, which excited me, in addition to pampering her feet.  After she removed her feet from me, she said it was time for me to no longer enjoy her feet but her pee.  With tremendous precision, she managed to swallow everything and not waste anything despite the huge amount of her pee.  I was then allowed to turn to your feet again, which she imagined I really enjoyed.  After well over an hour, which really flew by, I left Lady Blackdiamoond completely happy and content and was still so completely in a ***** on the way home that I was glad I had no accident.  Because of their dominance, their sovereign nature and their ability to respond to new situations, I always felt very comfortable and safe in my role as a sub throughout the session. 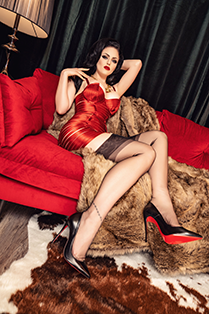